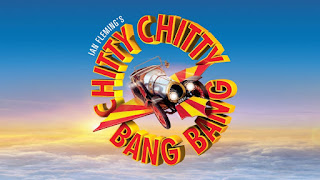 Being a Mumpreneur is the best job in the world, especially when it comes to school holidays. We have had a busy time meeting friends, play dates and today, a special trip to the theatre to see Chitty Chitty Bang Bang at The Regent in Stoke. On a long flight to Thailand when Luke was 3, we watched this film on loop about 3 times, so we're both very familiar with the story.


It was a star-studded cast, with Comedian Jason Manford playing the lead role, Caractacus Potts. He was charismatic and his smile lit up the stage. His voice was strong and operatic and it gave me goosebumps when he sang 'Hush a bye mountain'. I was impressed with his energetic song and dance during 'Me Ol' Bamboo'. Truly Scrumptious was beautifully played by Amy Griffiths with a voice to match, she had a lovely connection with the Potts children too. The other big names, Phill Jupitus played Baron Bomburst and Michelle Collins as the Baroness had a comical pairing. The lovable Grandpa Potts was played by the talented, Andy Hockley.

The childcatcher played by Martin Kemp was spooky and the projection of his shadow was spine tingling, I didn't hear one child utter a noise when he was on the stage. Personally, I would have liked to have seen more of him!
The biggest laughs were for the two Vulgarian spies played by Sam Harrison and Scott Paige, they were hilarious.

There were lots of gasps when Chitty was transformed from the rusty old car to the shiny new flying machine, it was truly magical and the graphics of the scenery was convincing and enchanting.

You know you've seen a good show when you hear people singing the songs when you leave the theatre.

It's not too late to book tickets so you have until 9th April with matinee performances which is perfect for the school holidays!
http://www.atgtickets.com/shows/chitty-chitty-bang-bang/regent-theatre/#performance_tabs=tab_tour