THE OSMONDS - THE MUSICAL

Before last night, I had only heard of Donny and Jimmy Osmond but after watching the new Musical of the Osmonds at The Regent Theatre Stoke, I now know the other 5 family members, Alan, Merril, Jay, Wayne and Marie.

It tells the story of the world's biggest boyband through Jay's eyes, how they sold 100 million records and their struggles with their ex military father and sibling rivalry. Their best loved songs all feature in the show, Love me for a reason, Crazy Horses , Let me in and many many more. It's an absolute must for all die hard fans. I noticed a whole row in front of us wearing 'The Osmonds Lifetime Membership' T-shirts, all swaying and singing along to their faves. There was definitely many Donny fan's screaming and swooning when he sang 'Puppy Love'.

The young Osmonds stole the show :- Jack Jones as Alan, Alfie Jones as Wayne, Alfie Murray as Merrill, Tom Walsh as Jay, Osian Salter as Donny, their voices and harmonies were fantastic. Fraser Fowkes as Jimmy singing 'Long Haired Lover from Liverpool' was charasmatic and cheeky. So much talent in this group of children.

It's heartwarming, energetic, lively and includes all their best loved songs. Choreography was accurate to the real Osmonds, I know because I 'Youtubed' all the performances from the 70's when I got home! The scenery and costumes were colourful and vibrant and we were invited to join in with the party at the end.

WE WILL ROCK YOU - They certainly did!

Remember way back in 2019 when we hadn't even heard of Covid-19? Well we had a press release telling us the Queen and Ben Elton’s smash hit musical' We Will Rock You' was touring in May 2020 with a new cast and new state-of -the-art production. Very exciting news and I immediately made a note in my diary but due to reasons beyond anyone's control it didn't happen and was postponed to 2022.

However, last night we were very excited to be at The Regent Theatre for opening night. The Musical is based on songs of Queen set 300 years in the future in a globally corporate world, Globalsoft run by Killer Queen has banned all non computer generated music. A group of Bohemians have been searching for lost instruments and must evade the Killer Queen to bring back the music. The storyline was easy to follow and some lyrics were changed in the well known songs to make them relevant to the story. They even managed a line about Covid to bring it right up to the modern day.

There were so many exceptional performances but Killer Queen (Jenny O'Leary) was magnificent, her sidekick Khashoggi (Adam Strong) added comedy to the duo too.

The 2 main characters Scaramouche and Galileo were played by Understudies Anna Davey and Damien Walsh but were both phenomenal with a great connection.

The Bohemians, Cliff (Michael McKell) Brit (David Michael Johnson) and Meat (Martina Ciabatti Mennell) added power to the already strong cast and lots of hilarity too. The whole ensemble added entertainment with their cheesy smiley faces as the Ga Ga's and fantastic dancing.

The musicians were outstanding and we caught glimpses of them when the graphics allowed us, they got big cheers from the packed-out audience.

It was lovely to forget about what is going on the world and immerse yourself into the music, the laughter and emotion. There was lots of clapping and toe-tapping, but no singing along until the end. A pre-recorded message from Ben Elton was played at the beginning telling us not to sing along, very hard when we are all Queen fans, but we did get to join in with Bohemian Rhapsody at the end though!

For any Queen fans, this show is a must, you will get to hear all of your favourite songs. It is on at the beautiful Regent Theatre until Saturday 12th March. 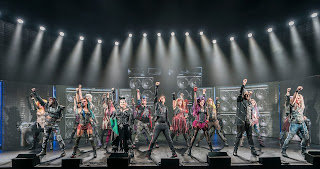 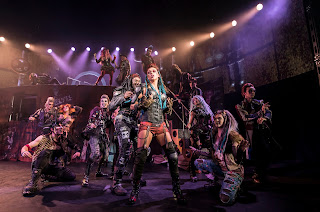 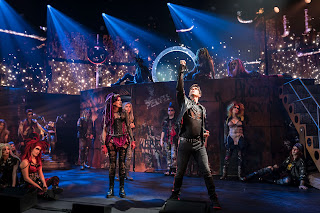 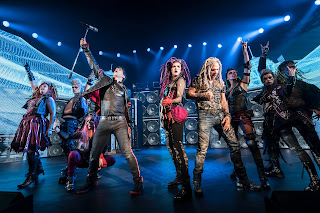 OH, WHAT A NIGHT! JERSEY BOYS

Such a fabulous midweek treat to see Jersey Boys at Regent Theatre, Stoke last night. After the strangest 2 years it was so lovely to be back again to a packed auditorium with my friend Yasmin.

If you love the music of Frankie Valli and the Four Seasons, this show is a must! It goes way back to the 60's and how it all started, how they met, their individual characters and of course how the music was made. There's drama, conflict, laughter and tears all mixed in with their well choreographed dance moves to hits such as Sherry, Big Girls Don't Cry, Oh, What a Night and Can't Take My Eyes Off You and Walk Like a Man.

Michael Pickering who plays Frankie Valli had the most remarkable voice hitting all those high falsetto notes, his blending with the other members of the band was remarkably like the originals. Tommy DeVito, (Dalton Wood) was the mastermind of the group and although gambled their fortune away you couldn't help but take a shine to the loveable rogue. We all fell in love with Nick Massi (Lewis Griffiths) and his baritone. Bob Gaudio (Blair Gibson) was the songwriter for the group and I will never be able to hear 'Oh, What a night' the same way again now!

It was an uplifting performance which will have you singing (only at the end though) and toe-tapping along, it would have been nice to have had a final curtain call of the songs for a little boogie in the aisles but we certainly gave them a standing ovation. One note I would say is there is quite a lot of swearing in the first half so appropriate for older teenagers, in my opinion.

Go to https://www.atgtickets.com/shows/jersey-boys/regent-theatre/ to book your tickets before 19th February. 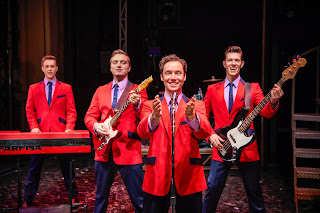 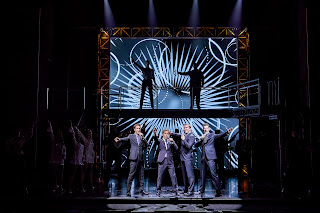 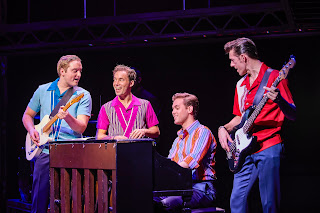 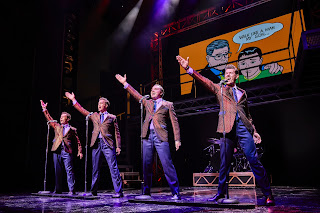 On Sunday I treated my mum to see 'Burn the Floor' with Kevin Clifton at the Regent Theatre Stoke. As a Strictly Come Dancing fan and an avid listener of Kevin's Podcast  'The Kevin Clifton Show' I was very excited to watch Kevin dance live for the 1st time. I even joined Kevin, Jo and Lauren Oakley in December 2020 for a Zoom Podcast!

I literally didn't want to blink during the first half in case I missed anything, it was so exhilirating, the dancing was breathtaking and singing was phenomenal. It was a mixture of all genres of ballroom and very edgy and dramatic. It was so good to hear live music again, the singers (Chase Kamata and Tyler Azzopardi) doubled up as musicians, the guitarist Eugeni Moreno was super talented. Kevin showed off his remarkable voice singing 2 of my favourite songs, Bohemian Rhapsody and Let me Entertain you.

The choreography was magnificent and the costumes and story telling was extraordinary. There were many references to how difficult the last 2 years have been due to covid19 and you could see and feel the energy from all of the performers.

The finale got everyone up on their feet, it was so good to see the theatre full and even though we were wearing our masks it didn't deter us from cheering and singing along.

Its a brilliant show and I hope to see it when it tours again! 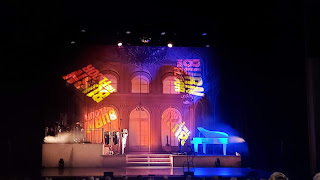 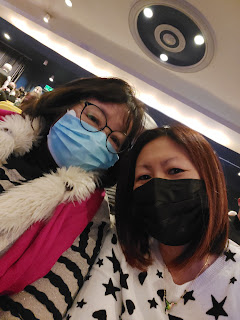 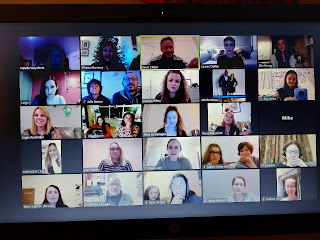 Proof I was in the Zoom meeting with Kevin 😁 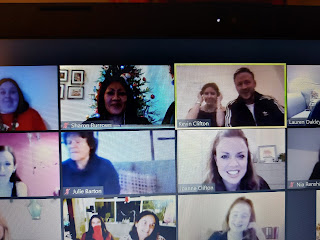